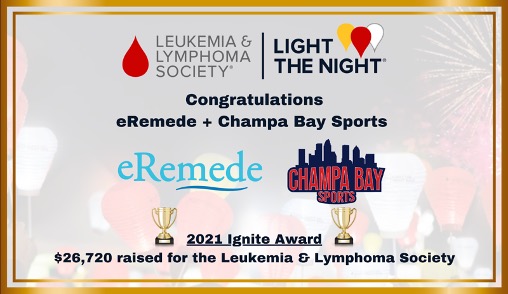 Champa Bay Sports (CBS) LLC, founded by Tampa-Native and Tampa Bay Wave Graduate, Ben Sever, saw explosive growth in 2021, which garnered several investment, merger and acquisition requests. CBS was originally a sports retail brand, which quickly transformed into a four-pillar enterprise. “To capture the essence of being the premiere Champa Bay ambassador, we had to look at all champions who empower the Tampa Bay Area. Tampa is now home to world-class athletics, academia, entrepreneurship, economic development, innovation, finance, healthcare, military operations, media and philanthropy. We are committed to being the mecca of championship apparel, a marketplace of brand empowerment and a beacon for collaborative inspiration,” says Sever. The four pillars are “Altruistic apparel, community cohesion, pioneering philanthropy and motivational media.” In short, the team has created a 20+ impact board consisting of local industry leaders within the aforementioned industries to ensure unique opportunities for; students to participate for resume experience, build-a-business workshops by their board of esteemed career operators, and a constant media presence to highlight their profound accomplishments in hopes to inspire other emerging brands.

The national leadership team now consists of serial entrepreneurs, e-commerce experts, marketing leaders, philanthropic ambassadors and venture capitalists. CBS has positioned it’s 2022 identity to transform from a hyper growth start-up to a national enterprise. “Due to our viral growth, we are now ready to support a high-end retail production infrastructure combined with our existing community relations that will supercharge the CBS innovation roadmap. We look forward to the CBS leadership team continuing to focus on strategic partnerships, community cohesion, philanthropy and technological innovation,” says CEO Ben Sever.

Ben Sever formed a strategic partnership between his two companies eRemede (a secure communication platform) and Champa Bay Sports. “Due to the robust nature of eRemede’s functionality, we are going to use an adaptation of the code to bring brand empowerment into the 21st century- (White-labeling- a software term meaning an end user adapts the brand and functionality of an original producer),” says Sever. The vision of this will be led by Ben Sever, Chief Empowerment Officer, and hopes to use his experience with accelerators/incubators to help this tech project be staple within the innovation ecosystem of Tampa Bay.

On a final note, the momentum of eRemede and Champa Bay Sports couldn’t have come at a better time for our community as eRemede & Champa Bay Sports just received the Leukemia & Lymphoma society’s “ignite award” which is awarded to 1 of 200+ participants in the Light the Night Fundraiser. “This award was not just awarded for raising over $26,000 in 8 weeks, but to the team who also created innovative awareness, maintained relentless energy and whose leadership will continue to drive change within our organization.” — Kristine Lee, Campaign Development Manager.